Can Gujarat Become the Next Technology Hub of India? 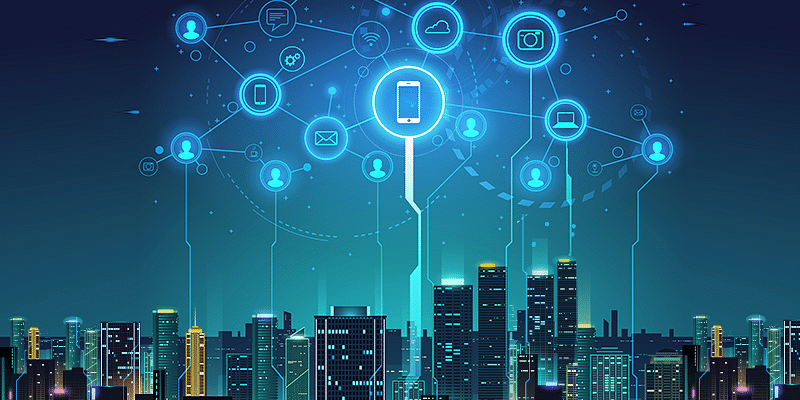 The idea of building businesses is so steeped in the tradition and lifestyle of Gujarat, that the state’s position as a business hub is practically a well-vetted stereotype. And while Karnataka and Telangana might be the leading technology hubs of the country, there has been a rising focus on tech-enabled business growth in Gujarat over the past few years. It is no wonder then that a recent report by IT Industry body NASSCOM and Zinnov, a management consulting firm, lists Ahmedabad as one of the top-ranking ‘emerging startup hubs in India’. According to assessments by the Government of Gujarat, nearly 43% of funded startups in emerging markets in India call the city home and many IT companies in Ahmedabad are flourishing, thanks to the startup ecosystem and infrastructure.

It is also on a fast track to becoming one of the first states in the country to have an official IT and Electronics Policy that governs investment and growth in IT-enabled businesses. With the launch of this policy in 2016 (and further iterations in 2021), Gujarat is gearing up to host a rich startup ecosystem comprising of:

The state is also focusing on a Student Startup and Innovation Policy, targeted at giving a boost to innovation and learning through academic spheres. The idea is to nurture the young population for competitive, tech-led environments that will have a deep socio-economic impact in the future.

Policy interventions, investments, and infrastructure growth have contributed to the rise of IT companies in Vadodara and other parts of Gujarat as well, with the city now home to leading startups, driven by the entrepreneurial spirit of its young population.

Here is a list of 3 of the most Successful Startups in Gujarat:

Launched in 2016, this early-stage startup helps the visually challenged navigate daily lifestyles with intuitive assistive mobility devices. Their flagship product, Saarthi, deploys ultrasonic sensors to help those with impaired vision assess the distance between objects in confined spaces and steer their movements.

This Gujarat based waste management company deploys advanced technologies like artificial intelligence and robotics in the waste management sector, creating alternatives to manual scavenging in toxic waste disposal. The startup has also streamlined the urban waste management systems and given livelihood to about 950 waste pickers who are now equipped with the right tools to deploy cleanliness measures.

A little different from the lot, IndianTTs claims to be the first Indian company to make text-to-speech a commercial reality. The APIs here are integrated with Interactive Voice Response (IVR) which allows vernacular speakers to communicate either via text or audio.

If Gujarat has been lagging in the tech space so far, it is more than making up for it by its initiatives to give innovative companies a fighting chance to thrive. The state is doing this by setting up incubation infrastructure and by providing financial assistance to new-age startups through government and private investors. One such leading technology business incubator is Venture Studio, established by Ahmedabad University in collaboration with Stanford University–Centre for Design Research in 2011. So far, it has helped ventures in sectors like edtech, health tech, etc. with efforts in research, product testing, deployment, financial aid, and more. Another popular incubation body is iCreate. A launchpad for tech startups in the state, International Centre for Entrepreneurship and Technology (iCreate) was established by Gujarat Mineral Development Corporation Limited (GMDC) and Gujarat Entrepreneurship and Venture Promotion Foundation (GEVPF) to provide budding startups with technology support and financial assistance.

Gujarat already has a thriving business community that is now being led by a young population that is tech-savvy, curious, and agile. With the right intervention in the form of infrastructure and investments, this population’s engrained entrepreneurial and problem-solving capability is driving the creation of a new, tech-enabled Gujarat.