How to Diagnose & Cure Cigar Beetles

It doesn’t matter if you’re an experienced and confident aficionado, or if you’re relatively new to the world of cigars – the anger, disappointment and overall skin crawling feeling won’t be any different if you see the work of cigar beetles. The plight of many cigar smokers across the world, the pesky cigar beetles have ruined countless cigars over the years and are continuing to wreak havoc within our favourite cigars.

Read on to find out what cigar beetles are, how you can diagnose a cigar beetle problem and, most importantly, how to get rid of them!

What are Cigar Beetles?

These pesky little critters have the scientific name, lasioderma serricorne. Cigar beetles are only tiny beetles, often only two to three millimetres long. These small insects can fly, and typically live for between two to six weeks, giving them the distinct potential for causing untold damage to your cigar collection. Despite their name, cigar beetles don’t just feed on tobacco; they can also be found near areas of stored food such as cereals, coffee beans and spices.

How to Diagnose Cigar Beetles

There are a few simple methods to check your cigars for those cigar beetles:

A surefire way to test for beetles is to check the exterior of your cigars for small pinholes. These are where beetles have chewed through the wrapper tobacco and have either buried back into the cigar or tried to escape. You might think that you’ll be safe from beetles if your cigars are wrapped in cellophane – unfortunately not, cigar beetles may have also chewed through this, so make sure you check your cigar’s packaging for signs of beetles too.

Although it can be common to find tobacco dust where your cigars are stored, finding black dust in your cigar boxes or humidors can indicate the presence of cigar beetles. You can test this theory by tapping the bottom of the cigar on a hard surface and seeing if any dust drops out of the cigar. If this does happen, it is a likely indicator that cigar beetles have been at work in your cigars. When performing this test you might see a loose beetle drop out – if this is the case, you’ll need to dispose of the insect before it has the chance to fly away!

Unfortunately, the smokeability of a cigar that has signs of beetles is pretty limited, as when lighting and drawing from a cigar with pinholes, you’ll notice that smoke tends to come through the holes rather than the cigar. This means that it can be very difficult to get a good draw from the smoke without covering the holes in some fashion. Of course, you could choose to either cover them with a cigarette paper or with your fingers – we’d suggest that rather than wasting your time and breath on a cigar that has been ravaged by beetles, throw it away and light up a fresh one. Additionally, it’s possible that cigars that show signs of beetle activity still have them inside, eating and excreting in the tobacco. It’s not a pleasant thought for when you want to relax with a tasty Cuban cigar, knowing that insects could be just a few inches from your mouth.

If you have got cigars that were being stored in the immediate vicinity or in the same box as any that have been affected by beetles, that don’t yet have signs of beetles then you might just have escaped an infestation of beetles. Like most insects, they like to breed, and quickly! For the remaining cigars that were close to the infected ones, we’d suggest throwing those in the freezer in a sealed plastic bag for a couple of days as this is going to destroy any hatching beetles and should also destroy any eggs.

After freezing your cigars, typically for between two and four days, transfer them to the fridge for a similar amount of time and then store them at room temperature for a day or so, before finally putting them back into the humidor. Although the whole process can take a long time, often more than a week, it’s essential as it changes their temperature slowly, rather than a quick shock from a cold environment to a warm one.

Firstly, when you receive new cigars, either from ordering online, purchasing in person or as a gift – always inspect them before adding to your humidor. By doing this you are reducing the risk of an outbreak in your humidor, spotting the early signs can save you a headache further down the line. 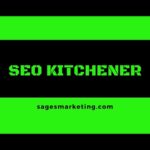 Internet Marketing Tips To Help You…