Technology has made a significant improvement in the manufacturing industry. Factories that adopted modernization have been more globally competitive. Modern factories or smart factories (as others call it) have embraced the power of automation and are now reaping the benefits. Primarily, with the adoption of automation, production costs were dramatically reduced. Even more, the productivity rate became significantly higher. This move of the industry to integrate automation into their existing machinery has brought them more profits. Automation changed the way of manufacturing operations. So, let’s take a closer look at how automation benefits the entire manufacturing industry.   For the best automation solutions for your business, visit IntelLiDrives

Material handling involves the process of material loading and unloading. Early factories use the human workforce to move materials from one location to another. To be more productive factories need to hire many workers, and workers must work fast and efficiently to fulfill orders. In a more complex task, workers may transfer heavy parts that can be dangerous. Accidents may happen so extreme caution must be taken. Performing such a task affects the productivity of the workers. So how does automation improve the material handling process?

Automation utilizes robotics to perform this process of handling materials. Instead of humans, robots are programmed to do the same tasks but at a faster rate. Automation is flexible as robotics can be programmed in different ways. They can be programmed to transfer materials/products from one conveyor to another. (Take note that conveyors are also a product of automation). Even more complex operations can be programmed like arranging items onto pallets. With the aid of computers and artificial intelligence, robots can calculate how many items are needed to be transferred.

Automation has also made a huge improvement in the safety of workers. Robots can be designed to lift heavy materials – moving humans out of danger.

The processing operation involves the actual manipulation of materials to produce a specific product. Traditional factories, though using machines for the processing operation still rely highly on human interference. Still, there is the danger of accidents when working with machines. Workers often get their hands or fingers caught up between metals resulting in injuries – or worse, amputation. Automation, again, removes humans from such hazards. With automation in play, robots can be able to manipulate specific tools. Some of the best examples of the automation in the processing operations are; spot welding, painting, grinding, and polishing. All of these tasks can be performed efficiently and consistently by programmable robots. Compared to humans, robots are more efficient and more consistent when it comes to product quality. Humans are susceptible to making errors and product quality is often affected by various human factors – such as health conditions, moods, stress, and exhaustion.

Automation Application in the Assembly and Inspection

Assembly involves putting up pieces or parts together to form a finished product. This type of work is generally done by humans. Automation has made it possible for robots to mimic how humans do the assembly job. The difference is, with automation, parts are assembled together faster compared to humans doing the job. This shortens lead times making factories more efficient and highly productive. Another important application of automation is when different styles are required for the product. Robots can be programmed to produce several product styles in batches. Additionally, the high cost of manual labor involved in this type of operation is reduced.

Inspection is one of the areas of operation in factories which highly rely on humans. Line inspectors take responsibility for checking the quality of the finished product. They carefully scrutinize products for defects and inconsistencies. Workers must be very careful with this job as the integrity of the company is often reflected by the quality of their products. To avoid human errors in the process, automation of inspection was adopted by most modern factories. How is this made possible by automation? Robot inspectors are installed with sensors that can detect if the product is consistent with the quality specifications. The sensor captures a digital image of the inspected products. This image is then analyzed by the computer comparing it to the programmed quality specifications. This process is done at great speed and high precision. Unlike humans, robots are not prone to exhaustion. Exhaustion often causes line inspectors to commit inspection errors. Eye problems would be another factor to consider. Moreover, humans handling a product (especially the fragile ones), due to carelessness may fall or accidentally scratch a product. This can cause defects to the product, or even worse – breakage.

3 most popular festivals in China 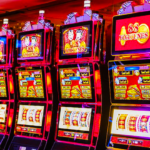 What You Need To know Onto… 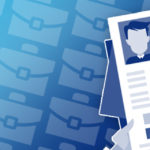