When to Take Aleve vs Advil

Advil and Aleve are some of the most widely available painkillers out there. Although they’re often sold on the same shelf, these are two different substances. Here’s what you need to know when deciding whether to take Aleve vs Advil:

Aleve, whose generic name is naproxen, is an NSAID (non-steroidal anti-inflammatory drug) taken for pain relief. Typical doses are 1-2 of the 220mg tablets or liqui-gels taken every 8 to 12 hours, to a maximum of 660mg. If prescribed by your doctor, they may have a different recommendation.

This drug can help combat minor pain, fever, and inflammation. An advantage of Aleve vs Advil is that Aleve is a long-acting painkiller. One pill lasts significantly longer. However, it also has a slower onset, so you’ll have to wait longer before experiencing relief.

Aleve, like other NSAIDs, can increase the risk of stomach ulcers. Because it’s long-acting, it has a slightly higher risk of these problems than short-acting Advil. It should also be taken with caution if you have type 2 diabetes or impaired function of your kidneys or liver. Talk to your doctor if you have a history of these conditions.

When To Take Aleve

Aleve is a good choice if you are dealing with long term discomfort such as arthritis, toothaches, or muscle sprains.

It’s useful for very busy adults. The pill you take in the morning will still have some effect by the evening.

Advil, generically known as Ibuprofen, is another NSAID. It’s available in 200mg tablets or capsules that can be taken every 4 to 6 hours. The typical dose is 1-2 capsules every 4-6 hours, up to a maximum of 1200mg. For certain conditions, your doctor may recommend that you take more, up to 2400mg. You’ll be advised of the increased risks of taking a higher dose.

Advil is also used for pain, fever, and inflammation. It is faster acting than Aleve. You’ll feel the effects faster, but the pain and fever relief won’t last as long.

Advil has many of the same possible side effects as Aleve with one exception: high doses (over 1200 mg per day) have been associated with cardiovascular events like heart attack and stroke. The risk is still small. However, if you have a history of heart disease or stroke, talk to your doctor first.

When to Take Advil

Advil offers fast pain relief and is a good choice for short-term conditions like headaches and menstrual cramps.

It can be used for chronic pain like arthritis but will need to be re-taken throughout the day.

Ibuprofen is considered a better choice for children. 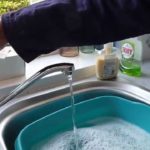 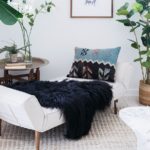 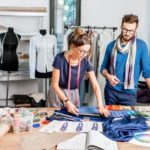