I want to clarify the misuse of the word “mental” in the term “mental illness” perpetuated by the psychiatric community. This term is used loosely by mental health professionals and is misleading. Mysticism has a different conception of psychiatric disorders, especially in the metaphysical philosophy that I am familiar with. I am of the opinion that all psychiatric patients have perfect minds and are of normal intelligence. I make this apparently provocative statement in spite of what medical professionals say to the contrary. I completely disagree with the line of thinking that a person’s mind can be permanently damaged by circumstances over which he or she has little control. The mind is always intact. There’s nothing “mental” about it. It’s likely that there is some organic brain disease present in people with actual cases of mental illnesses, particularly those that involve psychosis. That’s why psychiatric medications are sometimes helpful in managing the symptoms of these disorders.

Psychiatric illnesses do affect the mind by way of impaired brain functioning. The mind interprets the information the malfunctioning brain sends to it. This makes a person’s mind seem out of sync with the rest of society. Their behaviors violate accepted social rules. That’s not the mind’s fault. This snafu is a biological issue. I’d also like to state for the record that intelligence is not a reliable factor in assessing the soundness of a person’s mind. That’s not to mention the fact there are several kinds of intelligence besides the conventional and academic types.

It should be noted that the mind can be warped due to traumatic experiences when an ill-equipped person is unable to safely internalize them. A traumatic event or a series of bad experiences will lead to conditions such as general anxiety disorder, panic syndrome, and post-traumatic stress disorder. According to the DSM-V (the bible of the psychiatric community) these conditions are considered psychiatric illnesses. The event(s) itself will cause the mind to perceive reality in an unhealthy way. Psychiatric medications are less effective on people with these mental states, and are best treated with talk therapy. Keep in mind that my opinions on this subject do not entirely (if at all) agree with the findings of medical researchers. Nor do I totally concur with their ideas on this subject. I am looking at it from a spiritual-philosophical perspective.

The body has mechanisms and chemicals in place which block out our perception of the often disturbing entities that are normally hidden from our sight. Our body is a kind of sensory deception suit. It is designed to disconnect us from our source, so that we may focus exclusively on physical reality. All stimuli we receive comes from the material environment through the five senses, which are designed to facilitate our physical experience.

The introduction of psychoactive substances such as LSD and Mescaline to the body, establishes a chemically induced portal to the Spirit World. These psychedelic drugs are often used recreationally for “tripping.” They allow the user to experience portions of the other side in what psychiatrists and other medical doctors insist are hallucinations. They are considered to have no substance or reality whatsoever. Modern psychics (and those of past ages) know that thoughts have vitality just as humans do.

Psychotropic drugs on the other hand, halt the so-called hallucinatory images experienced by peoples with Schizophrenia and other psychotic disorders. Antipsychotic medications such as Haldol, Zyprexa, Risperdal, and Latuda Price, have an effect on people with mental illness that could be described as the opposite of the reaction seen in users of psychoactive chemicals. Mentally ill patients are prescribed these medications because their condition is unwanted. These drugs block the action of certain chemicals in the brain, such as dopamine, which in some unknown way gives the person their nonordinary experience. It can be disturbing to see the mental images that lie beyond our senses. These images are unnatural and unfamiliar to us. The damaged brain allows this unusual state to occur which leaves the affected individual unable to communicate rationally with others. Their sensory perception is not fully planted in physical reality. 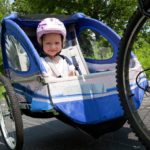 Baby Swings vs Baby Bouncers: Which…

Three Tips to Remember when Buying…

What is the difference between alimony…