iPhone Users: Here Are The Best Emoji Apps For You To Download

With the iPhone 12 and iPhone 12 Pro models’ release, a new generation of iPhones has been added to an already impressive roster. We live in a world where smartphones rule the world, and digital communication has been put front and center with these devices. Messenger, Instagram DM’s, Twitter chats, etc. are the new way to communicate, to connect with people, and even put yourself out there for dating and possible relationships!

If you are one of those people that has an affinity with apps and couldn’t live without them, you understand the art of finding and getting the right app for just one set of functions or features. We have a specific app for one feature alone, with some a couple. Thankfully, the iPhone ecosystem is powerful enough to have the apps streamlined, depending on their usability. In this article, we’ve listed down the best emoji apps for you to download to step up your texting game:

Arguably one of the best emoji keyboards in the iOS ecosystem, Facemoji focuses on functional features as well as top-notch emoji representation to create an emoji keyboard experience that’s systemic and streamlined. Trust us when we say that this is the emoji keyboard you need to try, in place of Apple’s built-in one! From the check emoji to the rolling eyes emoji, Facemoji has some of the best icon packs for emojis in the industry!

Basic Unicode emojis are updated now and then with Facemoji, and there is a focus on creating icons as well as pictographs in their most accurate version. There’s a theme section, a sticker section, the dedicated emoji section, and a settings icon. There’s a feature within the app to tap it all off where you can create your emoji. Pretty cool, right?

One of the defining features of Keymoji is that it serves as a dictionary of emojis for your iPhone. This is the emoji app you need to download when you’re still trying out how to use emojis or that you want to make emojis a part of your digital lexicon. With Keymoji, you can learn the functions of a certain emoji, identify which situations it’s appropriate to use, and manipulate it for personal use!

There’s also a feature that lets you in on the trending emojis, your most-used ones, as well as crowdsourced emojis! It’s free to download on the App Store, and the developer constantly updates the app. The kicker? It’s not a heavy download, and it will not be resource-hungry to use, unlike big emoji keyboards!

If there’s an emoji keyboard that’s both a stalwart and a go-to when it comes to upping your digital communications game, it’s Bitmoji. If you have a Snapchat account, it is given that you know Bitmoji. The Bitmoji app was first used in Snapchat, a popular messaging platform that lets you put up an emoji of yourself in the app as identity.

With Snapchat’s popularity soaring, Bitmoji became an entity of its own, and in its latest iteration, it’s one the best emoji keyboards for iOS users. Unlike other emoji keyboards, you’ll need a Snapchat account to start with the app. There’s an option for Gmail users as well, which means you can easily create a Bimoji of yourself with it!

The Funtype Smiley keyboard doesn’t take itself too seriously and in a world where emoji keyboards are loaded with functional features more than fun ones, it’s refreshing to see something like the Funtype Smiley Keyboard take the race into a more personal, more fun approach!

With the Funtype Smiley Keyboard, you can get emojis, stickers, and the like. Another great feature is its approach to security. While most iOS emoji keyboards request to get a hold of your typing patterns, Funtype Smiley Keyboard doesn’t. User data messages aren’t gleaned upon by the app, which makes it a perfect substitute for the default iOS keyboard!

SMS Rage Faces is another emoji app that separates itself from other typical keyboards in the market by offering rage faces, which was a viral meme from a few years back. Aside from the classic rage face, there’s also a great selection of faces you can choose from. It’s a great app to add to your iMessage, as you can readily access it while typing an iMessage to somebody or when you are in a group!

Digital communication has improved so much in the past decade. With connectivity across the world improving in leaps and bounds, so is our journey to a better, more streamlined digital communication world. Texting, DM’ing, and chatting are fun, but with emojis, the social interaction is taken to a level further! So download these emoji apps today and get to chatting!

What is theme park maintenance?

A Glance at the IBPS Clerk… 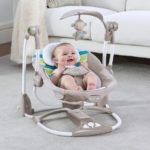 What are the things which need…